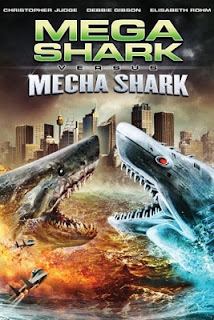 When a Megalodon is released from an iceberg, the U.S. government, obviously having just watched an old Godzilla film, create a mechanical monster shark to battle it. For those of you in the know, I can sum this film up simply and let you move along--it's an Asylum film.......if you are still with me, in short, this means this is a horrible film, but I will explain more. First, as with any Asylum film, you will notice the CGI is awful. I don't know this for certain but I suspect they may get college kids to do their CGI in exchange for credits. 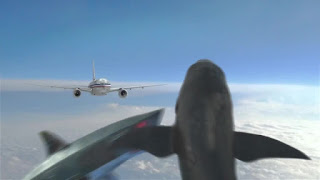 If you can get past the CGI, you notice the acting...oh God, the acting. Lead characters Rosie (Elisabeth Rohm) and Jack (Christopher Judge) are beyond bad, and somehow it only gets worse from there. If you enjoy drinking games, take a shot every time Jack calls Rosie "Baby"--even the most hardened drunkards won't make it the entire 84 minutes. Even the computer voice, NERO, is annoying (give me Ziggy any day). Fans of 80's music may recognize Debbie Gibson, though the electricity in her youth may have run out. 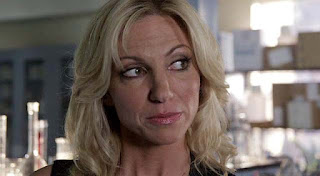 Yeah, I went there Debbie.

The story is boring, the script and dialogue are atrocious, the cinematography is poor, and the continuity is lacking. Slow motion, which I generally despise to begin with, it WAY overused in this film--making this worse is the fact that a lot of the slow motion is of nothing happening! Literally the only redeeming quality of this film is the absolute randomness and madness of it all--this includes, but is not limited to, Mega Shark swatting a ship out of the water, launching it with such distance and velocity that it results in the beheading of the Sphinx of Gaza...think about that for a moment...
﻿
﻿ 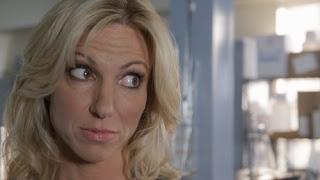 I am an avid fan of movies, having seen over 3,100 of them in my life. I also love writing, so one day I decided to combine the two and bring to you this site. The idea behind this blog is simple: bring you a quick, to the point review of horror and science fiction movies. I could write multiple paragraph reviews breaking down every element of each film, the directing style, the camera angles, lighting, and so on, (I do have a degree and experience in all this after all), but I recognize that in this day and age, most people want their info now and they want it fast. That's what I will bring: a quick review that touches on the main points, reasons why you should or should not watch the movie, a bit of humor, and a rating at the end of each one. For even more reviews, check out my book here: https://www.amazon.com/Black-Chair-Horror-Movie-Reviews-ebook/dp/B08R26D76D