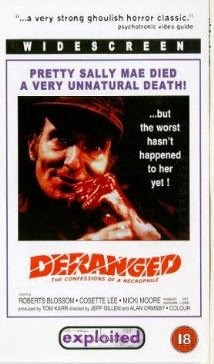 Farmer Ezra Cobb (Roberts Blossom Christine, Doc Hollywood) begins to lose his mind after the death of his mother. A year later he digs her body up and brings it home, leading him to digging up several more bodies and committing murder. The movie starts out with a narrator breaking the fourth wall, explaining this movie was based on a true story, and was hard to watch. The narrator shows up throughout the movie, which is, in fact, based on the real-life story of Wisconsin killer/grave robber/cannibal Ed Gein. This movie is pretty accurate to the real life story of Gein, of course adding a few things as well. Blossom does a pretty convincing job here as “Ez”. 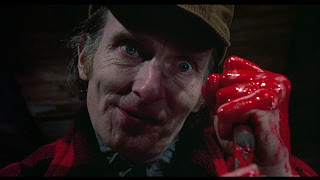 Otherwise the acting ranges from mediocre to bad. This movie suffers from dragging long periods of time with little to nothing happening—odd considering Gein did so much that could have made this movie far more interesting. The dialogue is poor and even laughable at times. The style of shooting leaves a lot to be desired, especially the repeated appearance of the narrator. The gore is pretty much left to a minimal and the special effects are somewhat disappointing considering horror legend Tom Savini was in charge of that department. This isn’t really a terrible movie, but it comes up way too short on the potential it had.


Deranged Movie Trailer
Posted by Josh at 2:46 AM No comments: 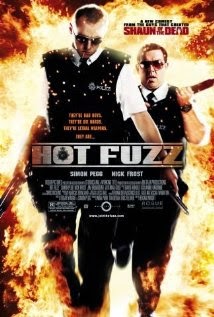 London policeman officer Nick Angel (Simon Pegg) is so good at what he does that he is making the rest of the force look bad, so they have him transferred to a small country town; there, he joins an incompetent force, including his new partner Danny (Nick Frost), the police chief’s bumbling son. This is the second in the “Blood and Ice Cream” trilogy to feature Pegg, Frost, and director Edgar Wright, the first being Shaun Of The Dead. 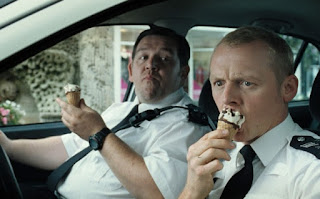 While Shaun was a nod to zombie flicks, Hot Fuzz is dedicated to cop-buddy action films. Like Shaun, this one packs tons of action, gore, and comedy into a fantastic film. This movie hits every cliché known to action movies without missing a beat, and it gets funnier every time you watch it. Pegg and Frost, of course, are fantastic in this movie, and the supporting cast is really good as well. The story actually has an interesting plot to boot. The humor will not be for everybody as it is very British, but I absolutely love it, and love this film...and I will forever repeat "The greater good" every time I hear somebody say it.


Hot Fuzz Movie Trailer
Posted by Josh at 4:19 AM No comments: 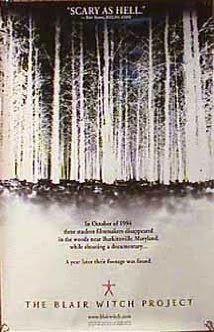 Three documentary filmmakers go into the woods of Maryland to document the story of local legend The Blair Witch. This 1999 film, shot on a shoestring budget, was a huge, unexpected hit when it was released, as it was rumored that the footage was real. The style of shooting of this movie is very unusual--the three actors in the woods were given cameras and shot nearly all the footage themselves. 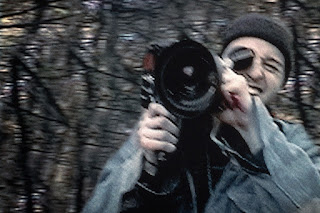 All the lines were improvised. They did not know what the scares would be, and thus the reactions are authentic. This all adds up to a film that feels real, adding to the scare of it. The movie has a feel of a Japanese supernatural movie, with a bit of a slow burn leading to the finale. It’s also interesting to note the witch is never actually seen, adding the fear of the unknown. This was a groundbreaking film when it came out that, over time, has lost its appeal to a lot of people and is not quite as respected as it was when it was released. Still, one cannot deny this laid the groundwork for many, many "found footage" films that would follow in the years to come. This is not a perfect movie, but is still a very good one. I saw it in the theatre when it came out--I liked it then, and I like it now.


The Blair Witch Project Movie Trailer
Posted by Josh at 12:06 AM No comments: 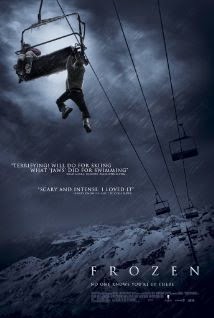 Three friends are trapped on a chairlift after the ski resort has shut down...and they are no reopening until the following weekend. It is snowing and freezing, and the three must find a way to survive. This movie is pretty slow getting started, basically introducing the three main characters, and showing some skiing, before they get stuck on the lift. Once that happens, the movie gets considerably better. 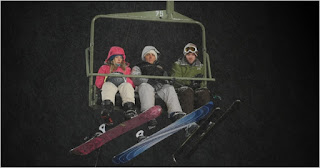 And this is why I don't ski

The sheer terror of what the three characters are experiencing comes off well through how the film was shot, from the way you see the cold gradually affecting them to the height of the chair from the ground to the eventual desperation. The acting isn’t great, but it is good enough to not ruin the movie. The writing and directing are the strong points here. There are a couple surprises in this movie, and there was more gore than I anticipated as well. I wasn’t expecting much from this film but it turned out to be a nice, pleasant surprise.


Frozen Movie Trailer
Posted by Josh at 10:26 PM No comments: 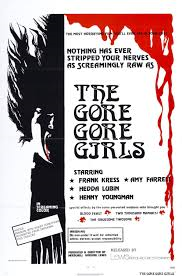 A serial killer is murdering strippers in very brutal fashion as a detective and reporter attempt to track him down. This movie is one part horror, one part comedy, one part mystery, and is not good at any of them. This is basically stripper dances, gets killed, repeat, with lots of bad dialogue and terrible acting in between. If you can make it through the first hour, however, the last twenty minutes aren’t so bad—unless maybe the first hour is so bad the last twenty minutes seems better than it actually is. At any rate, the last twenty minutes are full of death scenes and stripping, so at least something is happening. For some reason, many horror movies in the 70’s seem to throw in painfully unfunny comedy as well, and this holds true in this film. The death scenes are gory, with brains being crushed and eyeballs popped out, but it all looks so fake it is more laughable than scary. Strangely, this movie received an X rating when it was released—I have no idea why. The Gore Gore Girls really doesn't have much going for it. Skip it.


The Gore Gore Girls Movie Trailer (It's much better than the movie itself)
Posted by Josh at 9:56 PM No comments:

THE LOST BOYS 3: THE THIRST 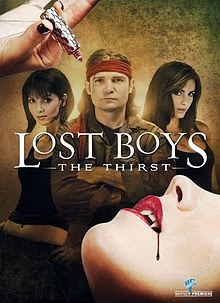 Edgar Frog (Corey Feldman, The Goonies, Dream A Little Dream) is broke and being evicted from his home when he is offered a chance to kill the head vampire, destroying all other vampires. The third movie in the Lost Boys series is considerably better than the second, but still fails to come even close to the original. The acting is pretty bad throughout and the plot has holes all over it. Thankfully they dropped most of the really bad CGI from part two, giving a more original feel. The vampires are really hit or miss, with the more powerful vampires being by far the least effective. There are several references to the original film, including rehashing lines from it, and there are even a few scenes from the first movie included as Edgar has flashbacks. Unfortunately Corey Haim died before filming, making it impossible to get the Sam vs. Edgar battle teased in part 2, but the character is included in the story and Haim is featured in flashback scenes. It is mentioned in part two that Alan Frog (Jamison Newlander) is dead, but he is in part three, albeit as a vampire. 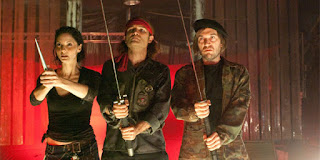 The meanest, the baddest...and a chick

Most of the major characters from the original film are mentioned in the movie as well, telling us what ends up happening to them. They also sort of ripped on the Twilight phenomenon and reality television as well, both of which earned points from me. This really isn’t a bad movie—it’s not great either, but having watched part 2, I was pleasantly surprised here.


The Lost Boys 3: The Thirst Movie Trailer
Posted by Josh at 8:43 PM No comments: 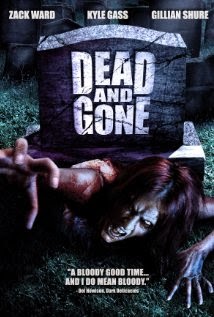 Jack Wade (Quentin Jones) brings his comatose wife to a small house in the middle of nowhere, waiting for her to die so he can collect insurance money. Jack is soon haunted by visions of his wife and the ghosts of dead people. This low budget film really doesn’t have much going for it--the directing is bad, the acting worse, and the dialogue is awful. Most of the gore scenes are so fake looking they’re laughable. For the most part the movie crawls at a snails pace with nothing happening. The plot makes little to no sense at all. The only interesting thing about this movie is some of the somewhat familiar faces that turn up. Kyle Gass (music act Tenacious D), Felissa Rose (Sleepaway Camp), and Marilyn Ghigliotti (Clerks) all have small roles. And Zack Ward (A Christmas Story, Titus) has top billing on the cover of the movie but is only in it for maybe forty-five seconds. 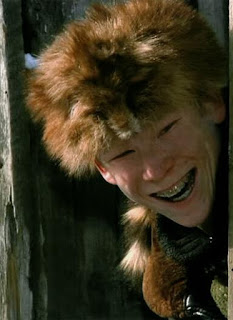 Dead And Gone made me say uncle

None of these people are exactly “great” actors, but they are head and shoulders above the rest of the cast here. They are not well known, but considering their total screen time adds up to about five minutes, they probably had a sense they were better than this movie. I agree.


Dead And Gone Movie Trailer
Posted by Josh at 12:59 AM No comments: