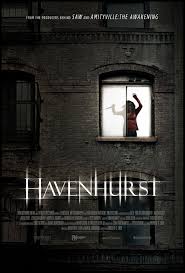 After her friend Danielle (Danielle Harris, Halloween) disappears, Jackie (Julie Benz, Saw V) rents Danielle's former apartment to look for clues. The apartment building is called Havenhurst, and it houses recovering addicts...and a very dark secret. This under the radar horror film came out in 2016 and, at least right now, can be viewed on Netflix...actually, assuming Netflix never changes its propensity for streaming poor to mediocre horror films, it may be available there forever. If Harris is one of your favorite horror scream queens, don't get too excited for her appearance in this film--it lasts about five minutes. Another personal favorite, Toby Huss (a different Halloween) also appears, but his screen time is barely more than Harris'. We'll give Danielle some time here

The movie does little to separate itself from the pack, choosing to pretty much follow the play book created by horror films before it. The uninspired premise is supported by a pack of cliched characters, from the frantic friend to the creepy kid (Belle Shouse) to the creepier old lady (Fionnula Flanagan). We have the jump scares, the bad CGI, and the flashback scenes to explain the evil. Not all is bad, however. The acting is much better than one would expect in a film such as this, and that is pretty much across the board. We also have some very uncomfortable, intense scenes, and there is no lack of gore. The pace is a good one for the most part, though it does slow at times. The ending is a bit surprising and decent--it won't go down as one of the greatest endings in movie history, but you may enjoy it (I did). Havenhurst will not be described as one of the all-time outstanding horror movies in anybody's book, but when it comes to what is available on Netflix as of December 2019, it stands out.


Havenhurst Movie Trailer
Posted by Josh at 4:38 PM No comments: 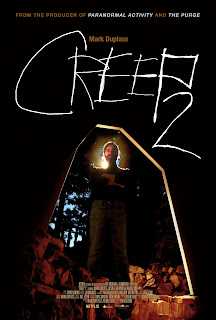 Our pal Josef (Mark Duplass) from the first Creep movie returns, this time experiencing a midlife crisis as he questions how much satisfaction he still receives from killing people. Much like in the first film, he places a Craigslist ad, seeking a videographer to shoot him doing...something. The ad is answered by Sara (Desiree Akhaven), a video creator trying to get views on her video blog site by producing episodes that feature unusual people. So yeah, if you've seen Creep, you know this sounds pretty much identical to that movie, and just as in that one, the videographer decides the money (or views) is worth being isolated with this madman. Interestingly, Josef calls himself Aaron in this one--that's the name of the videographer in the first film. Let me go ahead and answer the question you are likely asking...yes, Peachfuzz returns! 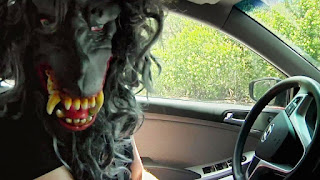 And he's as fuzzy as ever

One of the strengths of the original film is how real it felt--this movie still has that, but not to the same degree. Another strength was the chemistry between the two actors--this too is lost in the sequel, as Duplass can't quite capture that magic with Akhaven. This likely has a lot to do with Duplass' acting skills being far superior to Akhaven's, to the point where he more than carries the movie himself. Josef/Aaron is still awkward and bizarre, but at times this is taken far enough to border on feeling like a parody of the character we know. The movie plods along, and most unfortunately, most of it is rather predictable, right up to the ending. Allegedly, there is a third movie in the works...here's hoping that one brings some originality instead of being practically a carbon-copy of the first film.

Creep 2 Movie Trailer
Posted by Josh at 6:07 PM No comments: 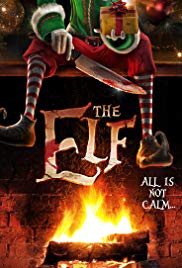 Not to be confused with the James Caan modern Christmas classic Elf, this is a 2017 horror flick that is centered around Nick (Gabriel Miller), a seemingly disturbed man who inherits a toy shop...and an evil elf along with it. Much to my delight, this one stayed largely away from comedy, coming across as more of a straight horror film, something we just don't get enough of these days, and did not expect from seeing the movie poster--of course, there are some unintentionally funny moments as well. 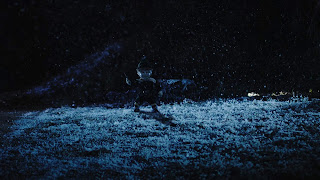 This IS our killer, after all

If you are a fan of the old Puppet Master films, you will likely be reminded of those flicks as you watch this one--unfortunately, instead of being a cool nod to the Full Moon films, this feels more like a cheap imitation of them. The Elf is one of those films that really walks a thin line between being a good scary movie and being an absolute disaster--it walks that line straight the entire time, never becoming either. The acting is rather abysmal and odd. Miller, our lead, looks like he is acting in some local avant-garde stage production, and he's probably the best actor in the film. On the flip side, there are some cool scenes, such as the Christmas lights in the yard, and some rather unexpected moments. Those, of course, are offset by horrible CGI, and the end leaves more than just a little to be desired. The Elf is ultimately a mediocre movie, but certainly not in a boring and forgetful manner as most movies I award a 5 to.


The Elf Movie Trailer
Posted by Josh at 3:28 PM No comments: 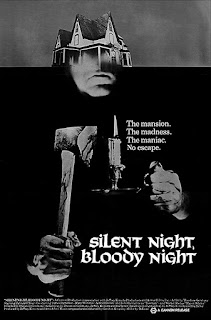 Jeffrey Butler inherits a house after the death of his grandfather. The house is a former insane asylum, and somebody is now killing the locals. This one is from 1972, and is a bit ahead of its time with the whole Christmas horror thing it has going on. The movie begins with one of the worst versions of "Silent Night" I have ever heard, and really takes a while to get going once we get through that. If you hang in there, however, you will see some scary stuff. 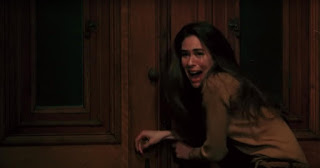 This movie delivers a somewhat surprising amount of blood--one scene in particular is graphic and shocking. Speaking of shocking, the true strength of this movie is in its surprises. The twists and turns the movie delivers offset the overwhelming boredom of much of the film--there is a LOT of time where very little is happening to move the story along, and the dialogue does little to help this issue. The acting in this movie is a little shaky, but none of it is bad enough to make you stop watching. As the movie builds to the end, the excitement level rises considerably, and you will find yourself glued--unfortunately, the ending disappoints. With the Christmas season here, if you are looking for some horror films with the holiday theme, Silent Night, Bloody Night is one to put on your list--just don't put it too high. 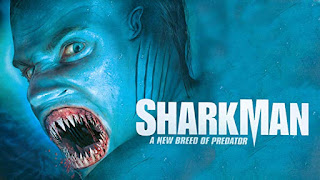 Scientist Dr. King (Jeffrey Combs, Re-Animator, Dark House) tries to save his son from cancer by turning him into a human-shark hybrid creature. Tom (William Forsythe, Halloween, Raising Arizona) and Amelia (Hunter Tylo) are the heroes trying to stop the madman and his blood-thirsty son. This movie has two things going against it right out of the boxes, and both are even worse than the plot--this is a SyFy Original, and William Forsythe is the lead AND the hero. Had I known these facts prior to starting the movie I may not have watched it, but commit to it I did, and regret doing so I do. We may think the presence of of Combs would off-set all the negativity, but he seems beyond bored with this movie, and is given little opportunity to shine. As for our shark-man, most of the time we see him it is done with super quick cuts, and we don't get a great look at him. 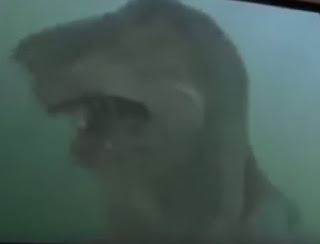 Here's a bad look at him

The story is as lame as you are probably thinking, and it plays out worse than you are imagining. The movie looks cheap, the acting is dreadful, the "action" scenes are lacking, and the death scenes are all a bunch of quick cuts with some blood thrown in. SyFy movies are pretty much all awful, but many are at least entertaining--Sharkman is not one of these.

Sharkman Movie Trailer
Posted by Josh at 2:27 PM No comments: