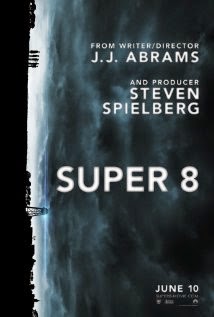 This 2011 film tells the story of a group of kids in 1979 who witness, and record, a train accident while filming a movie with a Super 8 camera.

Here they are now..

People start to realize that something is not quite right about this incident, and begin to wonder if it's an accident at all. The truth turns out to be quite different from anybody expected. This is a fun film that packs action, comedy, drama, and suspense. The acting is pretty good, especially considering the majority of the main actors are children. The real appeal, however, is the action and storytelling. Director J.J. Abrams does a fantastic job telling the story in a retro-Steven Spielberg sort of way--it's no coincidence that Spielberg is a producer on this one. I think teens and adults alike will enjoy this film, which its rated PG-13.