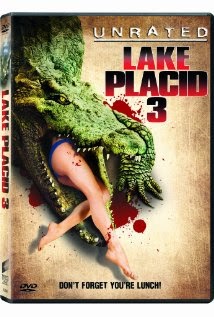 Giant killer crocodiles are once again terrorizing Lake Placid. The third installment of this series is, by far, the worst yet. The CGI in the movie is terrible--at times, this works in the pure comedy of it all, but more often it is just distracting and poorly done, looking more like a college media project than an actual film. The real problem with this approach is there is not a single scary moment in the entire film. 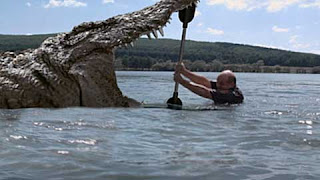 Even worse than the CGI, however, is the acting. With the exception of Jack Nicholson doppelganger Michael Ironside, the acting was some of the worst you are likely to see in a film with a budget over $10,000. What makes it worse is the fact that none of the characters are remotely likable, so I spent the entire movie wishing the crocs would just kill them all--especially the irritating kid. There is not a lot of good to say about this movie, but there is a part of me that enjoyed the cheapness of it. Still, I likely will never watch it again.