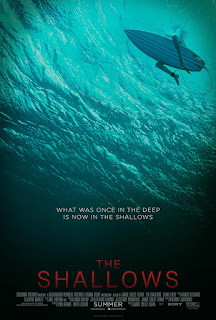 Surfer girl Nancy (Blake Lively) heads for a remote beach in Mexico to catch a wave in memory of her late Mom, who herself once visited the beach. This paper-thin story is really just a way of getting us to the inevitable--despite warnings, Nancy surfs the waters too long, gets attacked by a shark, stranded on a rock, and stalked by said shark. There's also a dead whale, some Mexicans who neither rape nor murder Nancy (though one does rob her, so there's that), and the most likable character in the film, our true hero... 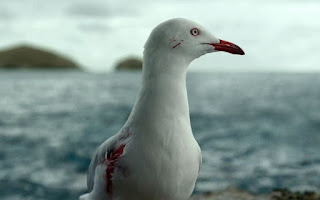 The trailer and television spots advertised this as the next Jaws, but the CGI and absolute ridiculousness of it makes it less Jaws, more Jaws: The Revenge. One could also compare this to Sharknado, but that would be too obvious--and insulting to Sharknado. Nothing about this film really makes you feel for the lead character, and her suffering, save for the initial bite, seems underwhelming. To make matters worse, the music is some of the most irritating you can imagine, and there are many, many...many insert shots. There is practically no suspense in the film, and it gets to the point when the only thing stopping you from turning the movie off is awaiting the next absurd scene (and there are plenty)--the jellyfish scene is must-see. 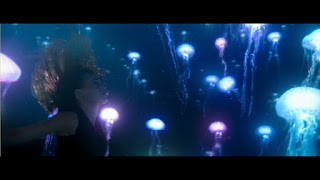 The Shallows is not the movie you think it is--it's not scary, heart-pounding, or even particularly gory, but it does border on being so bad it's good.


The Shallows Movie Trailer
Posted by Josh at 7:17 PM

I am an avid fan of movies, having seen over 2,800 of them in my life. I also love writing, so one day I decided to combine the two and bring to you this site. The idea behind this blog is simple: bring you a quick, to the point review of horror and science fiction movies. I could write multiple paragraph reviews breaking down every element of each film, the directing style, the camera angles, lighting, and so on, (I do have a degree and experience in all this after all), but I recognize that in this day and age, most people want their info now and they want it fast. That's what I will bring: a quick review that touches on the main points, reasons why you should or should not watch the movie, and a rating at the end of each one. Please feel free to comment on what you see, write your own review, agree with or criticize my review, and give your own rating.